Last week, I wrote about how I was using February Album Writing Month to motivate me to seriously work on writing new songs (read about it here). Although I haven’t met that challenge’s goal of writing a new song every other day, I have been working on a handful of new songs.

Although the idea behind this February challenge is a great one, it seems that it does not work well with my writing style.

I was recently talking with my friend, Amber Sebastian, songwriter and singer of the band Soundless, about the challenge that I am facing with writing new songs and working on a new album.

I told her that since my first album, TEMPTATION, was released my supporters have been asking when my second album is coming out. Although, I feel so grateful to have supporters who like my music so much that they want more of it, I don’t know what to say because the songwriting/album-creating process is not something that I can predict.

Amber made a good point by saying, “That’s like asking you to build a house.” 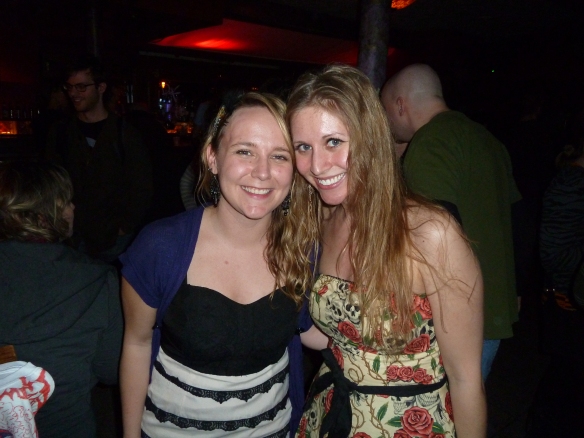 I have since been reflecting on Amber’s statement and realizing that she is absolutely right. January marked the two-year release of my first album, and it made me feel disappointed that I haven’t released another album yet, but I realized that TEMPTATION took a lot of work.

Although I wrote some new songs during the period where I was actually recording my first album, some of the songs on my album were songs/lyrics/ideas that I had come up with years prior to recording.

I would absolutely love to be able to create a new album right away, but in order for it to be an album that is true to me, I need to create new songs or finish my new songs in moments that I am feeling inspired. I just can’t force inspiration, and I can’t force new songs to magically appear.

With that said, this past month has been a lot of me jamming on my guitar for hours, singing the same lyrics over and over again until I can expand on the song I am working on, etc.

Making an album is like building a house because it requires an investment of creativity, time, energy, money, and passion. I want my next album to be something that is true to me and something that you will enjoy, and as I did for TEMPTATION, I am once again willing to make all of these investments.

I am getting closer to being ready to share another new song with you. Slowly but surely, I am making my next album. 🙂

Thank you for your patience and support as I work on this new album! ❤