Music has been a huge part of my life, and I have been writing songs since I was in elementary school. Why did I start writing songs? Because of Hanson.

When I was in the fifth grade, my music teacher told our class about Scholastic’s songwriting contest. My teacher told us that the deadline for submitting songs had ended, but that she liked the idea of making a song, and she wanted us to create one for homework. It could have either been a song we would sing or a song we would play on an instrument. In order to help us understand the importance of writing music, my teacher had the class listen to a tape of the musical artist that Scholastic focused on for that year’s contest: Hanson. We got to listen to a tape of which my favorite band of all time talked about how and why they wrote songs. I had posters of Hanson all over my bedroom at that time, so I was in Heaven while listening to that tape 🙂 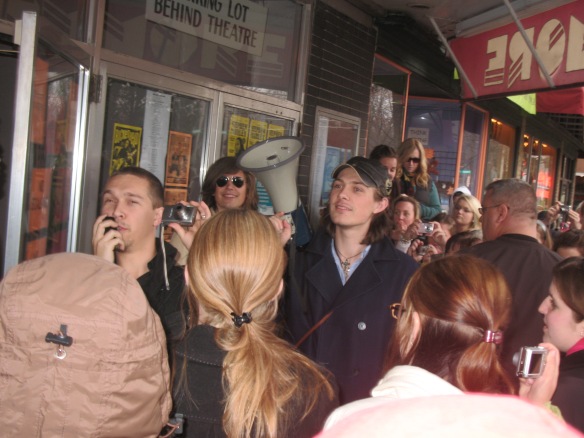 After listening to that tape, I was super pumped and I couldn’t wait to start writing my song! I was able to write the song really fast (because I was thinking about a cute boy in my class 😉 ). When I got to class, I found out that my classmates decided to make instrumental songs. 😮 I felt weird for singing a song I wrote in front of my class, but my classmates really liked it. I know this is super corny, but my classmates were so excited that I wrote a song, that they had me sing it on the playground at recess, and even stand in front of the class during math class and sing my song. I didn’t mind singing my song for my classmates because I loved sharing it with them. (It makes me feel super embarrassed writing about this now because it was such a silly song! Don’t you wonder what it was? 😉 )

My family and relatives thought it was cute that I wrote a song, and they encouraged me to record my song at Big Time Recording Studios at Six Flags Great America. 🙂 (Little did I know that one day I would be able to record my songs in a real studio! Thank you Willie Martinez!)

After my first song, I continued to write more and more songs because I liked telling stories through my songs, and I loved performing my songs for others.

Hanson had inspired me and always will inspire me. I find it so admirable that the members of Hanson write their own music and play their instruments while singing. Whenever I listen to a Hanson song, it affects how I am feeling at that moment. I believe that it takes a true artist to be able to alter someone’s feelings through music.

As I continue to work on my first album, it is always in the back of my mind that music should be something that connects with others emotionally.

I truly hope that my music will have that connection with others. 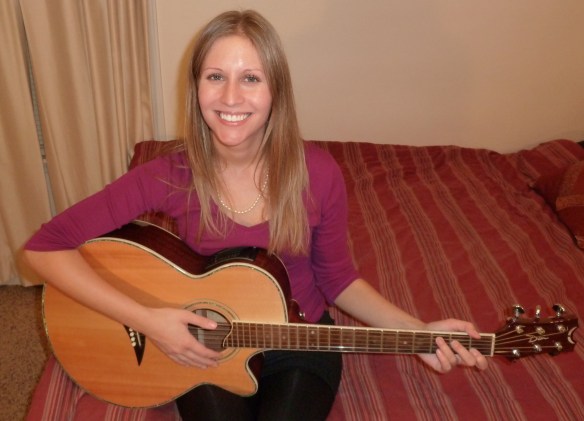