Halloween is my favorite holiday! Since October first, I have been getting into the “spirit of the season” by listening to Halloween music. 🙂 Two years ago, I created my own Halloween station on Pandora.

For an easy read, I posted my 2014 entry about my Halloween Pandora station below. Enjoy the post, and please feel free to check out my station! 😀

Halloween is coming! I love Halloween because I get to dress up in a costume, put up tons of decorations, and listen to Halloween music!

This photo was from a Zombie lurch in Madison, before I added the blood of course😉 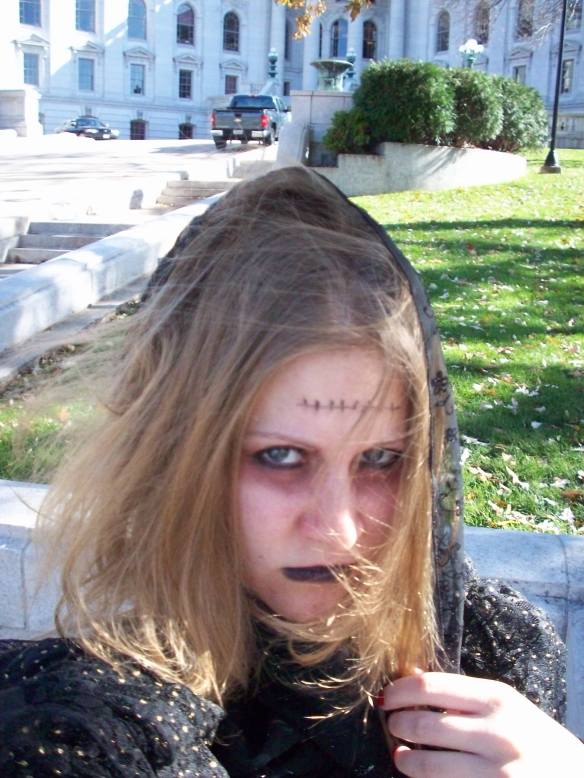 Unlike Christmas, where there are tons of songs about the holiday, there aren’t really a lot of songs about Halloween. It’s more the “creepy factor” that makes certain songs suitable for Halloween😉

I wanted less of a fun station, and more of a creepy one😉 So, I created a station called, “Ally’s Halloween Tunes.” You can access it here.

It’s got some cool tracks on it like:
“Graveyard” by Midnight Syndicate
“Haunted Carousel” by Nox Arcana
“The Stone of Hate” by Bilocate

And film scores from movies like:
Psycho
Bram Stoker’s Dracula
Nightmare on Elm Street
Let the Right One In
Cape Fear

I hope you enjoy the station!🙂