Skip to primary content
Happy February! ❤
I am very excited about the opportunity to perform at the Hop House again! Here are the details for my upcoming show:

Allison Merten at the Hop Haus

I am so grateful every time I have the opportunity to perform! ❤ I remember the first time I ever performed. It was with my friend and music mentor Jimmy Murn. (You can read about my first show here.) 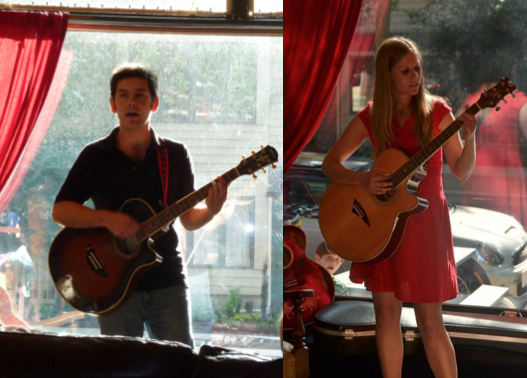 When I first was performing, I often performed acoustically. Here is a clip of me performing my original song “That’s Life” with Jimmy Murn at the Froth House:

Early on as a performer, I didn’t have a microphone. Because of this, I only performed “plugged in” if the venue had a PA system or if the act I was opening for had one. I found that performing with a microphone was so much easier on my voice than performing without one. 😉 Here is a video clip of me performing my original song “Temptation” at the High Noon Saloon. They had a great PA system!

Eventually, I got myself  a microphone so that I could do shows at venues that didn’t have sound systems. I also got a new amp to plug my mic into. Here is a clip of me performing my original song “Tarantula” at the Hop House using my mic/amp “sound system” 😉 :
The downside of using a microphone plugged into an amp is that the sound doesn’t carry very far, and I found my voice getting very strained during long shows. 😮

This is why I decided to get MY FIRST PA SYSTEM! 😀 I recently bought a Rockville PA system, and I had so much fun testing it out! I am VERY EXCITED to use it at my upcoming show! 🙂
Wishing you all a February filled with happiness! ❤